One hundred years ago, the founders of Congregation Beth Shalom dreamed of establishing a great Jewish institution as a vital center of prayer, learning and culture. Those 35 families gathered in September of 1917 for services on the second floor of 5802 Forbes Avenue. At Rosh Hashanah and Yom Kippur, services were conducted in the Orpheum Theater. Together they found the need to prepare for the anticipated growth of the Jewish Community in Squirrel Hill. It was a foresighted decision that ultimately resulted in continuing growth both structurally and in the range of services to the community which have enhanced the quality of religious,educational and Jewish communal life.

In addition to organizing services, a Sisterhood Auxiliary was formed in November of that year. By February, 1919, a Hebrew School began with classes held at the Colfax School. In July of 1919, the name “Beth Shalom” was adopted and in September on Yom Kippur day, the first Building Fund had pledges for $15,000.

On March 18, 1922, ground was broken for a structure on the corner of Shady Avenue and Beacon Street. The building housed religious services, the Hebrew School and community activities. A few years later, in 1925, the Men’s Club was organized and the cemetery grounds were purchased in Shaler Township. The growth of the Squirrel Hill Jewish population from 1919 to 1930 necessitated a building expansion of the original structure. By High Holidays of 1931, the congregation held services in the new sanctuary as well as in the old sanctuary which became the auditorium.

As we celebrated our 50th Anniversary in 1967, it became clear that once again we had outgrown the present facility. In 1970, the expansion was completed encompassing a new sanctuary, a smaller chapel, both adult and children’s libraries, a new school facility, a youth lounge, Sisterhood gift shop, the Samuel and Minnie Hyman Ballroom, Shirley and Alvin Weinberg Pavilion and a renovated kosher kitchen.

On October 6, 1996, an extensive fire ravaged the synagogue. With help from the entire Pittsburgh community, the congregation was able to rebound with remodeling and expansion of the synagogue. The Faye Rubinstein Weiss Sanctuary and the Milton and Sarita Eisner Commons were dedicated and the Halpern Center for Education Preschool was added. The Homestead Hebrew Chapel, the Jack and Esther Palkovitz Grand Lobby along with resource centers in the Stofman Library and Zweig Library were completed. Additionally, spaces were created for our youth in the Jeannette B. and Samuel T. Shear Youth Center, the Rice Auditorium, the Stephen M. Plung Preschool Lobby and the Wagner/Klein Preschool Playground.

The original families who formed the nucleus of Congregation Beth Shalom would be proud of the congregation that has impacted the lives of so many individuals.

Congregation Beth Shalom is a Conservative, egalitarian congregation, and a proud member of the United Synagogues of Conservative Judaism (USCJ). 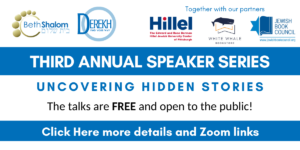 Kol Yisrael arevim zeh bazeh. All Jews are guarantors for one another. This maxim from the Talmud (Sanhedrin 27b) suggests that we are all responsible for each other, for preventing our neighbor from falling. 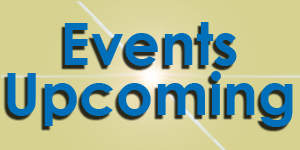