Hailing from Williamstown, Massachusetts, in the lovely Berkshire mountains, Rabbi Seth Adelson’s rabbinic work has focused on making connections, on helping people find meaning in Jewish text and tradition, and on demonstrating the value and power of living Jewishly. Rabbi Adelson has been in Pittsburgh now since 2016, and has led the charge in re-fashioning Congregation Beth Shalom as an open, inclusive community that focuses on connecting Jews with their tradition and helping them to find the kedushah/holiness in their lives. Membership has grown by more than ten percent since his arrival, and the congregation has recently launched a new programming initiative called Derekh.

He spent the previous eight years in Great Neck, New York, serving as Assistant Rabbi and then as Associate Rabbi of Temple Israel of Great Neck. During his tenure on Long Island, he crafted a range of new initiatives that engaged more people, strengthened the community through teaching, pastoring, counseling, and re-framed Temple Israel as a welcoming place.

Prior to that, Rabbi Adelson served for four years as Cantor at the Conservative Synagogue of Fifth Avenue in Manhattan. He was ordained at the Jewish Theological Seminary in New York in 2007, having received cantorial investiture and a Master’s degree in Bible and Ancient Semitic Languages there in 2004. Before changing course in 1999, Rabbi Adelson worked as a chemical engineer for more than five years, and holds a BS in Chemical Engineering from Cornell University (1992), and an MS in the same field from Texas A&M University (1994).

Growing up, he and his family were active members of (Conservative) Congregation Knesset Israel in Pittsfield, Massachusetts, and he spent several formative summers at Camp Ramah in New England. He and his wife Judith, a former ballerina and member of Actors’ Equity, were married in August, 2006. Their daughter Hannah Vered will be eleven in August, and son Zev Isaac turns nine in June; both attend Community Day School. Rabbi Adelson’s older son, Oryah, is seventeen and lives in Israel. 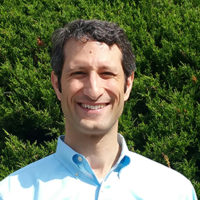 Have you read the latest issue of the Mishpachtenu yet? If not be sure to pick your copy up at the shul or read it online here.