We are doing a lot of “hakafoting” recently, as I like to say!  Okay, I made up that verb by smashing the Hebrew into an English construct.  But it may yet catch on….

Hakafah (הקפה) (plural is הקפות) derives from the sense of “surrounding” or “encircling.”  In this case it means “to go around.”  (הקפה also may mean “the coffee,” but that is not our sense or pronunciation here.)

Usually hakafah refers to the procession with a Sefer Torah.  We will see this in the plural on Simhat Torah.  The same term may also apply to the bride and groom circling each other during the wedding ceremony, and also to Sukkot processions with the lulav and etrog.

Interestingly, in Mizrahi communities (a tradition found in some African and eastern regions, not Ashkenazi and not quite Sephardic – yes, okay, I will write about them) there was a custom of circling the bed of a deceased person seven times before burial while reciting Psalms.  It was supposed to ward off evil spirits, and may also have been found among Ashkenazi communities as well. 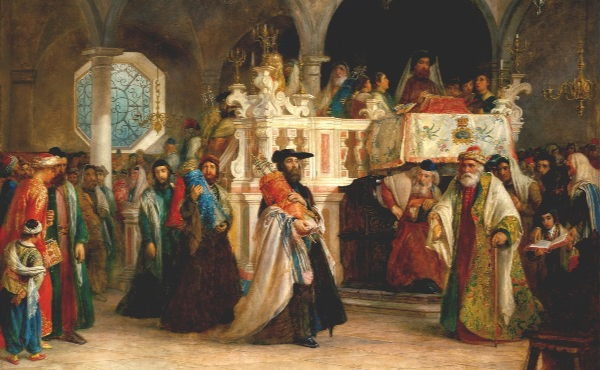